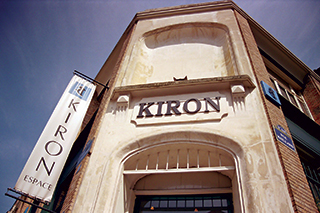 Palladium Group is an active player in Arts and Culture through the organization of projects and initiatives developed mainly in France and Italy, the first two countries where the Group has started its activities since the beginning of the last century. In France, the Group has developed the Espace Kiron, the Edition du Felin and the Gallerie Kiron. 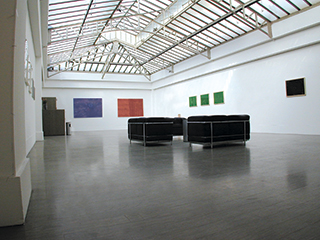 In 1982, the Kiron Espace was established in France, its goals include the study and communication of culture with operations in Europe and the U.S., through the creation of a multi-disciplinary center. It promoted, until 2010, various projects and activities in the fields of visual arts, theatre, music, audio-visual production and publishing – with the Edition du Felin – representing a ‘unique’ integration of intelligence and multi-cultural creativity, in line with the values ​​of the Palladium Group. The eponymous gallery manages the collection of artwork of the Group.

Today Edition du Felin is an independent publishing house that leads its readers to discover the contemporary world with the common denominator of innovation in ideas and passions. 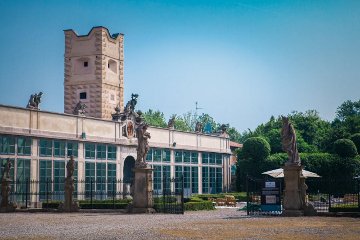 In Italy, Palladium Group supports the Augusto Rancilio Foundation established in 1983 in memory of Arch. Augusto Rancilio and dedicated to him following his tragic death at the age of 26 years. The Foundation – which has a recognized legal personality by Regione Lombardia – promotes projects and activities in the fields of architecture, design and urban planning, with a particular interest in supporting young professionals as they enter their working lives.

It also deals in the protection, promotion and enhancement of artistic and historical matters with special reference to Villa Arconati-FAR in Bollate, one of the most important examples of the Lombard ”Pleasure Villas”, close to Milan. It is here that the Foundation, as well as promoting cultural and educational activities, is engaged in an important restoration project of the Villa and its gardens. The aim of the project is not only to give this place of heritage back to the community, but also to develop, through a contemporary and international lens, a place of architecture and art that in the past was known as the ”Versailles of Milan”. 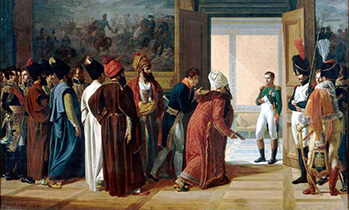 Attached to its independence, 'Les Editions du Felin' is involved for more than thirty years in the venture of the French edition by publishing of works devoted to the discovery of the contemporary world. Essays, documents, history, literature, each look of writer reveals a singular world to share with attentive booksellers and passionate readers. Beyond the topical vanishing point and always renewed, the book is a meditation space where ideas are born, face, where the imagination of the writer opens to other perspectives, to other worlds. The editor is a stirrer of ideas; The  'FELIN' was chosen to be to give new words at the time, to celebrate the intelligence and passions of the heart. 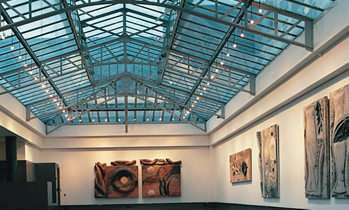 A focal point of artistic and communication creativity on the Paris scene with international ramifications in Europe and the United States.

Over the years, Kiron and its subsidiaries produced several hundred books and CDs, co-produced television features, and organised arts exhibits, drawing in part on its important collection of contemporary paintings.

The Kiron facilities included a live performance theatre, TV recording and post-production facilities, a graphic art creation center and a gallery, as well as the restaurant 8 1/2 named after Federico Fellinis famous movie. All these activities were located on 3000 square meters of technical facilities, office and meeting space in Paris. This sharing of common facilities promotes the emergence of projects and endeavours across traditionnal boundaries of arts and communications. 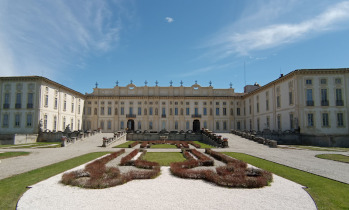 Among the most beautiful and majestic pleasure villas of Milan, Villa Arconati-FAR is an heritage site of great historical, cultural and architectural value. The Villa - which together with its gardens is today the headquarters of the Augusto Rancilio Foundation - is situated in the Parco delle Groane, in the hamlet of Castellazzo di Bollate, beside a rural village and the church of San Guglielmo.

Considered to be an Italian revisitation of Louis XIV's Versailles, the present structure of the aristocratic villa was completed by the Arconati family in the 18th century. It is an expression of the attention to detail and elegance of Lombard baroque, applied to the previous 17th century dwelling.